They wanted to hear me tell about hope after hurt, forgiveness, healing after disaster, summery longing, and life after betrayal and breakup (which sadly, I know a lot about).

Singing for people has taught me a precious thing: to breathe out kindness, the purest thing inside.

Everybody knows the moment kindheartedness walks on stage. It’s not anything you can conjure or pretend, rather a natural grace that comes around on its own when you yourself have lost people and irreplaceable moments.

When you accept that everyone is fighting a harder battle than you are, and that all have been touched by painful human experiences — loss, desolation, death, grief — then you know: kindness is language and melody. It translates into love, and consolation, and life and joy.

A simple song can bring strangers calm, and then it becomes a souvenir of kindness, something that follows a person around like a friend when there’s no one else around, a musical amulet that goes with them everywhere.

On stage, if I can tell in a quiet voice, I read you, my lips have memorized your life and my voice calls you alone … if for two or three minutes I can shelter an orphan heart, that’s a good night’s work.

It’s twilight, and the notes I sang to people some hours ago seem to float in the air like motel room coat hangers.

Lying on the bed with my guitar and my remarkably low-fi, home recording studio away from home, it’s clear that the motel exists to help me think of loneliness and make up another song.

Things that are supposed to be so honest, so true, have to be done alone. And this mom-and-pop, roadside motor lodge is a calm and quiet place to do it.

No Wi-Fi. No 4K internet speed. No flat-screen TV.  It’s the perfect writer’s refuge. A place to escape the continuum of 24/7 connection.

It’s a departure from the script of routine life, a place where someone who’s just passin’ through can make up a different past, a new destination, a new song.

You’re in a motel on the edge of town, and the big sky here leaves you lonely. You’re isolated and apart from everything, and it’s there that you can remember what you believe in, or what is—what is the nature of being, as you see it.

The motel is a place where I can remember what I wanted out of this songwriting thing in the first place: to be myself, rather than what others would want me to be.

I’m hoping tonight that the two of us, my Martin guitar and I, and this shabby motel room make for a dangerous combination.

For the next two days I’m living in a sunny, spare room over a bookshop, in a one-pump, two-church town by the sea. It’s a kind of self-imposed exile. I have this song to finish, and, well, to begin rediscovering who I used to be … .

I don’t know anyone here. I’ll wander around among the streets, be quiet and observe people living their lives, invisible to them, as if air. In between I’ll hold up in my little room and work on the song.

When it’s finished, I will be with them forever. I will be able to say I was in their shops and in their post office, I went through their gardens, their library and coffeehouse, I heard them talking and laughing, I saw them daydreaming and crying at invisible motives of sorrow and joy. They never saw me, but I was there.

I have learned to work in a way that interaction doesn’t allow for, and this has leaked through to the speaker in many of my songs, who I think of as a ghost.

Who else could purvey these subtle, breathy tunes that leave bare all things invisible? 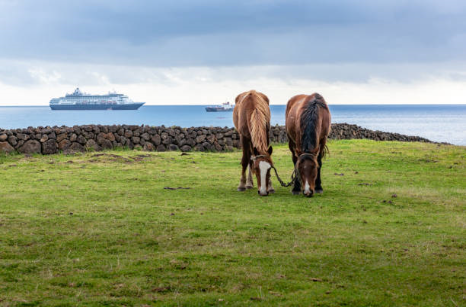 When I go on tour, I meet a lot of interesting people. After a show near Woodstock this week, a sweet man calling himself Star Blanket handed me a mysterious bag whose contents, he said, would make me … bulletproof.

I opened it and looked inside it, and it was white willow bark, a cage necklace, and a dark blue, patterned linen handkerchief containing a pinch of black pepper.

It made me realize that I will never fully understand the millions of bizarre ways that music brings people together.

Bulletproof … sometimes I wish I could be. Being a singer-songwriter leaves you wide open. Not bulletproof at all, in fact.

I’m amazed how critics in particular affect me. The good reviews make me feel heard, understood, even loved. The bad ones make me feel sad, misunderstood and rejected.

(I suppose a bad one is better than being ignored, right?)

Everyone says you have to have pretty thick skin to stand doing the work I do, but artists don’t have a thick skin. What good is an artist who’s bulletproof?

My friend Ryan stopped by this afternoon. I played him a song I started recording last week. (I’ve got an acoustic guitar, a lead vocal, and a temporary background part on it so far.)

I never know what to say after someone says, that’s beautiful, except to agree with them. For me, beauty is an end of conversation.

The beginning is different: This is when you have to be suspicious of your best lines, your

best melodies. Then your song has a chance of being beautiful and alive against them.

The beginning produces all the discoveries. That’s when you start to say the things you didn’t know you knew or could say.

Even your deepest, most serious problems very few people are going to be interested in unless you yourself, in the act of making up the song, make some discoveries about them. Then your song has a chance of delighting someone and locating something true which the listener couldn’t locate by themselves. You can share a life then.

When all the pieces fit this way, when the song comes out beautiful in the end, that’s how you know you had a good beginning.

There’s a place on the coast that I go to now and then for stretches of isolated songwriting. It’s a place where I can gaze out at sea for hours and listen to the waves bring the eternal note of heartache in.

A new set of songs I’m writing is evolving as an intricate, relationship breakup album. It will sound like the heart shutting, and possibly mending.

Many songs about heartache and isolation exist in the world. (Music is somehow the perfect medium to express these things.) Why chart the demise of a relationship over another 7 to 10 songs? I suppose I want the songs to be the only heartbreak the listener will want to experience more than once.

The place where I’m hiding out reminds me a little of my grandmother’s house. Her home was two rooms. She had a bed, a dresser, a couch, a stove and a refrigerator. I loved staying with her. My parents sent me on the train the 80 miles to live there every summer. I slept on the floor, got up at daylight to feed the cats, make prayers, water the garden, snap string beans which would be perfectly cooked and tossed in a lemony dressing with toasted almonds for lunch, and now and then help her spoon quince sweet preserves into jars. Then we walked to the beach.

When I think of the peace, the love, and how simple things were then, I know … this is where I got the quiet place in my songs and in my heart.

If your heart is broken, a song is a good place to grieve. If you want someone to fall in love with you, a song can be the place to take them in.

I believe that all songs – the happy ones, the sad ones, the lullabies, the protest tunes, each social commentary and every funeral dirge – all of them are love songs, just as every poem is a love poem, simply by virtue of being written.

Because making up a song, about anything, is a positive, loving act.

Songwriting works to take energy away from the spiral you get into as a fully living person who has formed a feeling about something following an emotion, and puts it into the construction of something of meaning.

I build my songs from every person I’ve ever loved (and every relationship I have mourned). Songwriting helps me to live through my moments with them, and then it helps me remember, if I want to.

Somedays, I really, really want to, because the times and places we were together, the things we meant and said to one another … they aren’t just moments I can leave behind me.

Making up a song about those moments allows me to bring people back after they’re gone. They come around again, just in another form.

Even after a thousand years from now, when I’m just a singing hologram, they will always come around again. 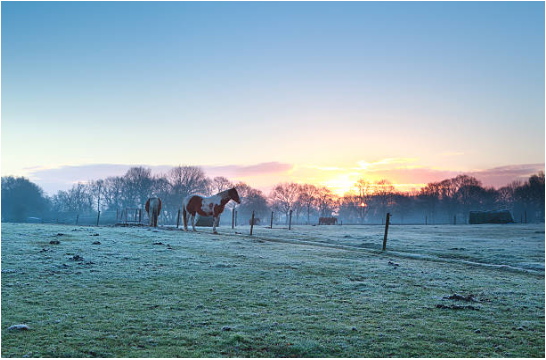